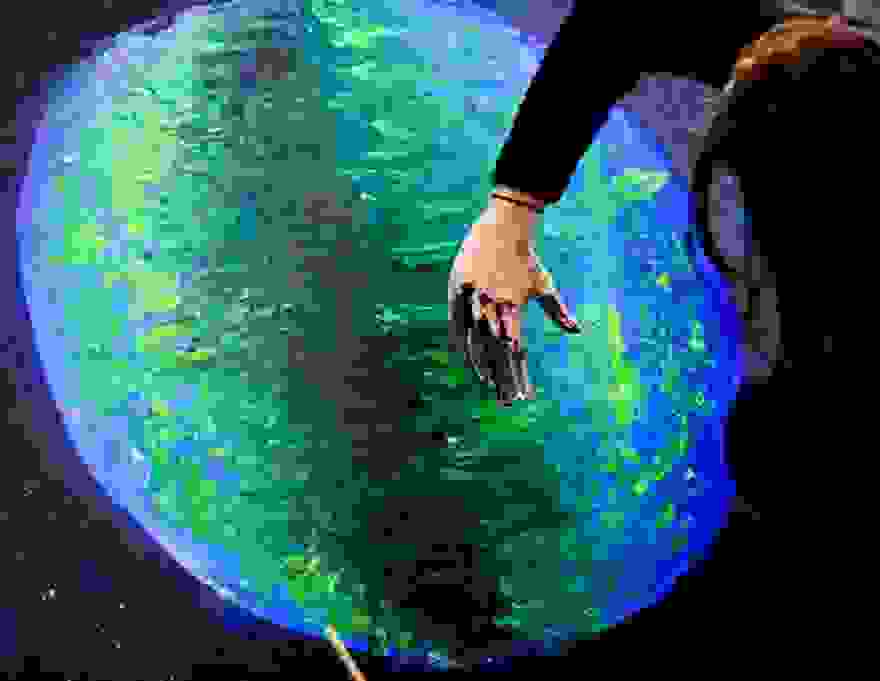 We polluted the earth, made wars and killed billions of animals. Now nature has locked us down in our homes, interrupted our transportation, aviation, schools, jobs, and almost everything. It’s a warning. It's time to change. 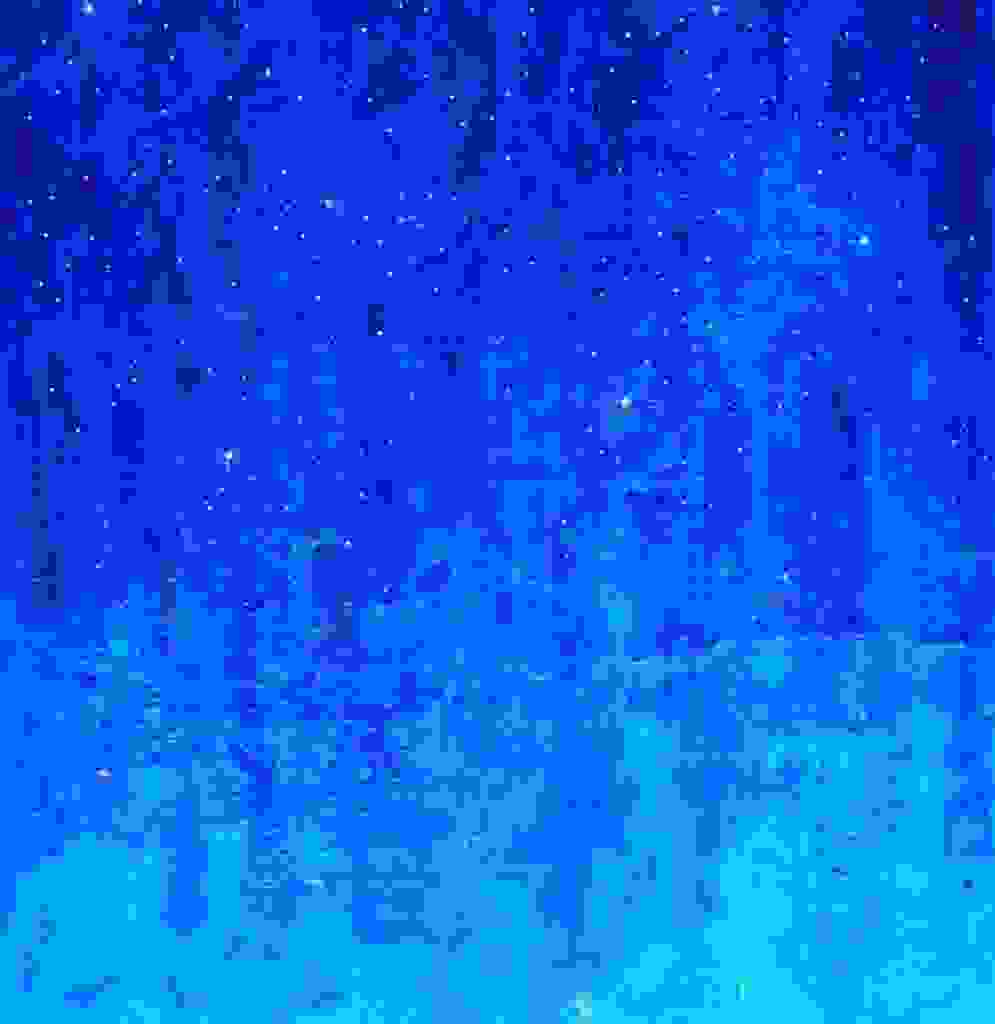 You're the Sky & We're Your Falling Stars

This painting has a secret story... 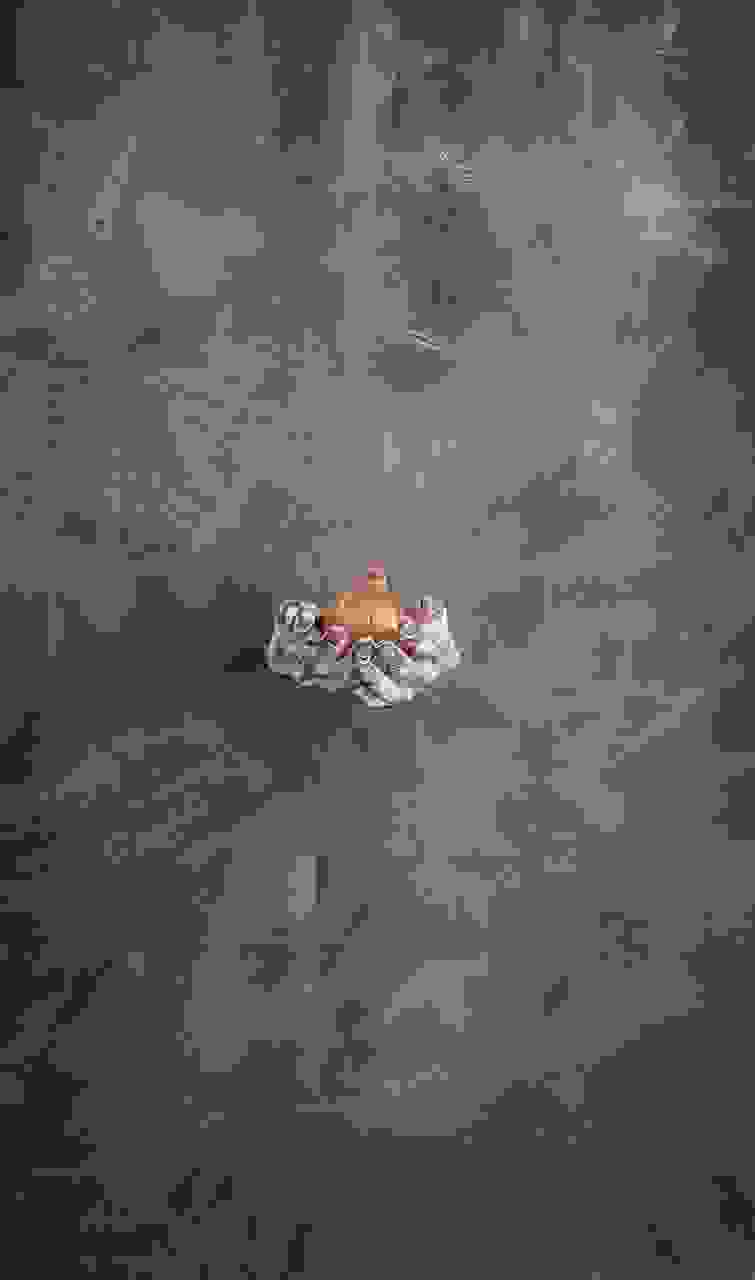 The story is of a woman I first met when I was 14 years old, during my volunteering work in the vulnerable neighborhoods of Tripoli, Lebanon.

She was holding her new-born son whose head had been bitten by a rat. Her husband was in jail , charged of theft, and she had two little daughters.

Her job was (and still is) to peel garlic for restaurants to earn less than $0.3 per kilogram. The smell of the house was a blend of garlic and poverty. Her hands had turned black over the years. I left with a heartache, feeling incapable of making a change.


Fifteen years later, after I quit my job with the Ministry of Social Affairs in Lebanon, where I worked on the Syrian Refugees file, I went back to my hometown to search for the Garlic Lady.


A few weeks later, I met her. The smell was the same. Everything was the same, except that now she is a widow, as her husband was killed, her sixteen year-old daughter out of school and divorced, and her son in jail. The only “good” news was that she now earns $0.7 per kilogram of peeled garlic.


This painting represents the scars and pain of every woman who's had a similar story. The somber background is ruptured by the gesture of her working hands, breaking out of the wooden board, holding a big, heavy, golden garlic.

Oh, how I wish for her to actually have this much gold to change her life, get her son out of jail, put her daughters back in school and move to a house where no rats or garlic are to be found..

To be auctioned, and a large percentage of the profit will be donated to help this woman and other vulnerable women in the north of Lebanon 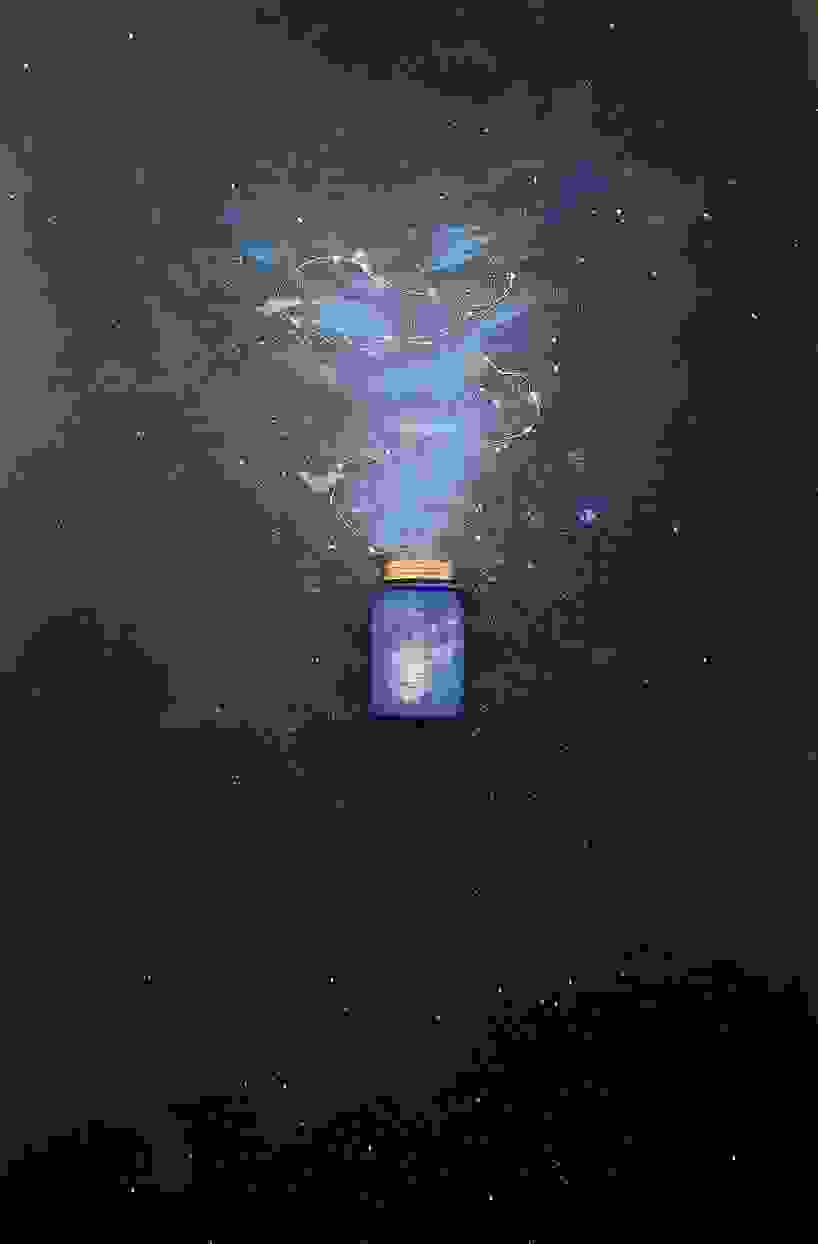 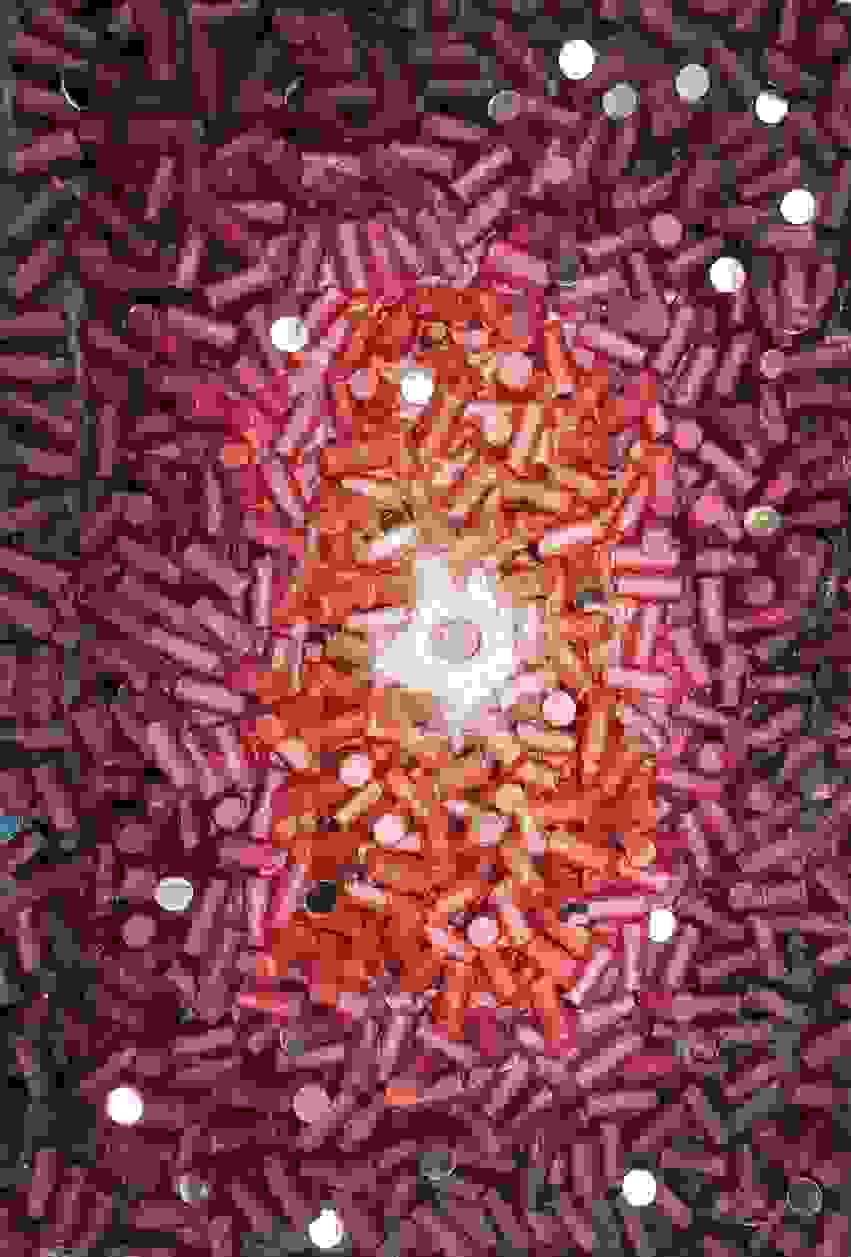 Perhaps if we get lost, we may find ourselves. Perhaps the less sober, the wiser we become, and perhaps ignorance is bliss.

Maybe we are made up of four layers, the outer one, strong, and dark like deep red wine. The third is rose, not as deep, but still mysterious. The second layer is like white wine, not totally transparent—still withholding some secrets. The last layer transparent as water, where only one’s purest self can reside. 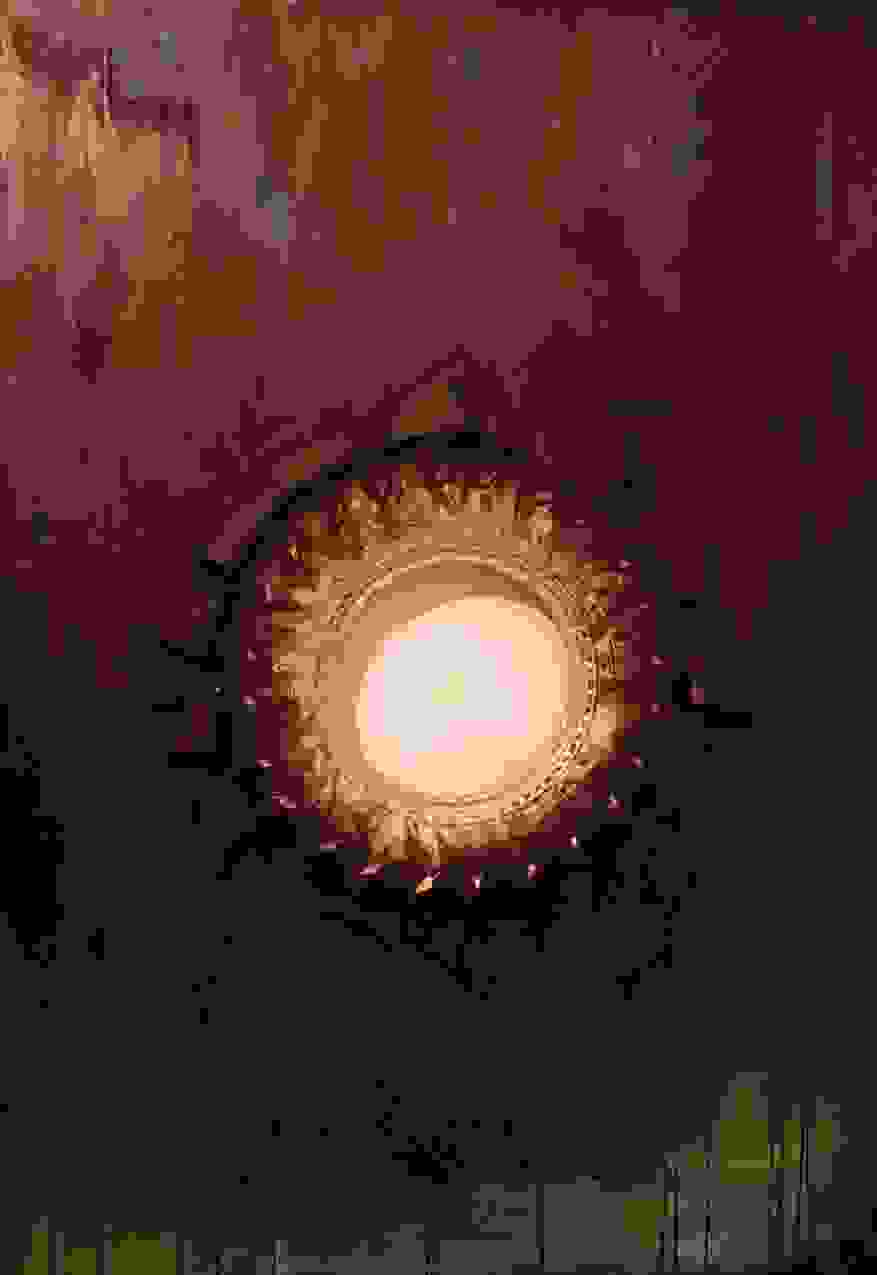 The Wheel Of Life


Life is but a turning wheel..
.
The wheel burns to start revolutions and protests. It also breaks and stops us from reaching our destination. It can save a life and can kill one too, but most of all, it goes on.

I did not know at first why I placed a wheel at the center of the painting. A year later, the 17th October 2019, the Lebanese Revolution started, and wheels were burning. I blocked roads with tires.

Hoping that the revolution will lead to the light at the end of the... wheel. 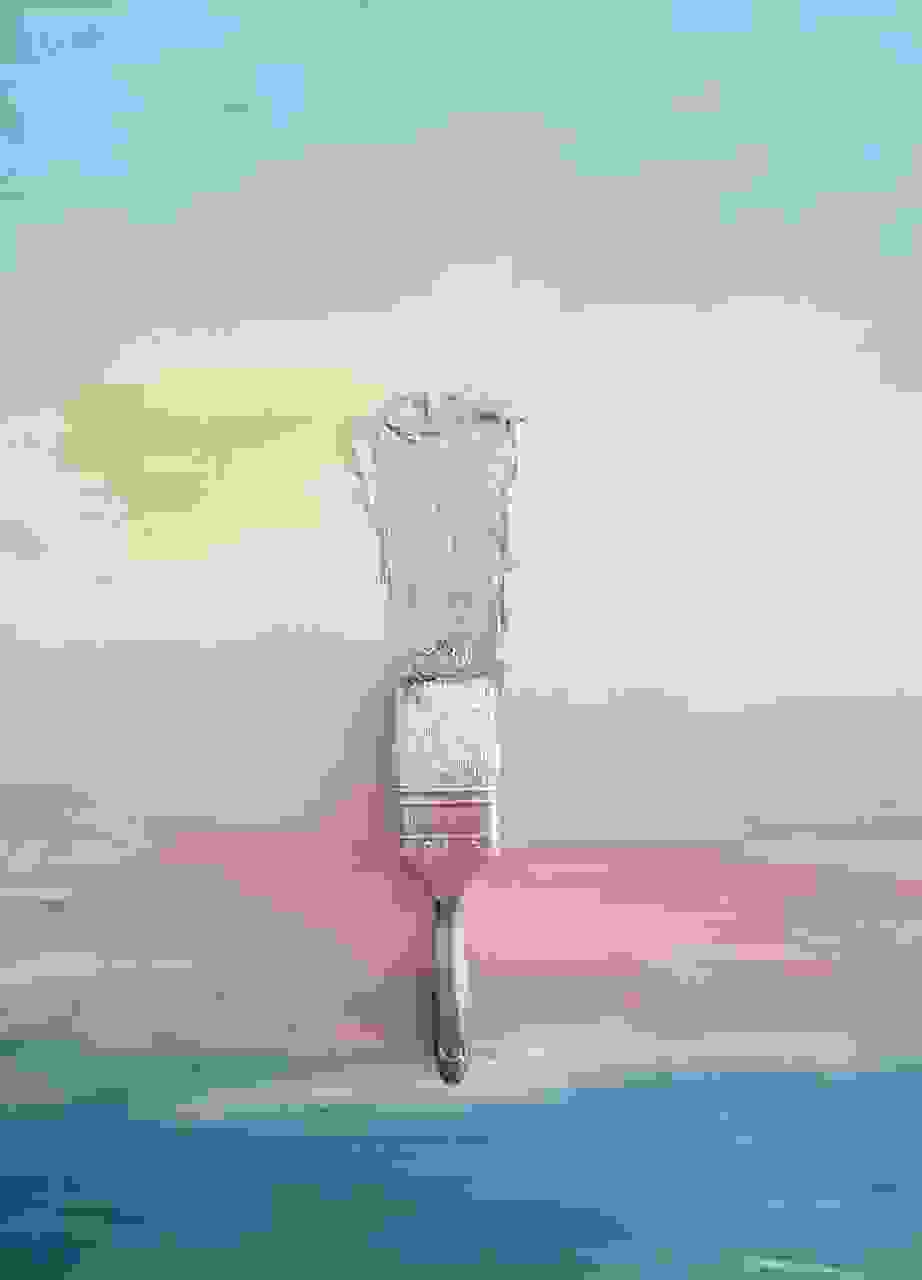 Behind the clouds, the sun is still shining. Always look for the silver lining.

I painted this at a time when I was feeling gloomy, foggy and rainy. Just like a lonely leafless tree on a grey day during a stormy winter. Sometimes I paint to express a feeling and other times to change reality. I decided to look at the silver lining, behind the clouds, where the sun must be shining. So, I dipped the brush in silver paint and placed it over a cloudy sky.. 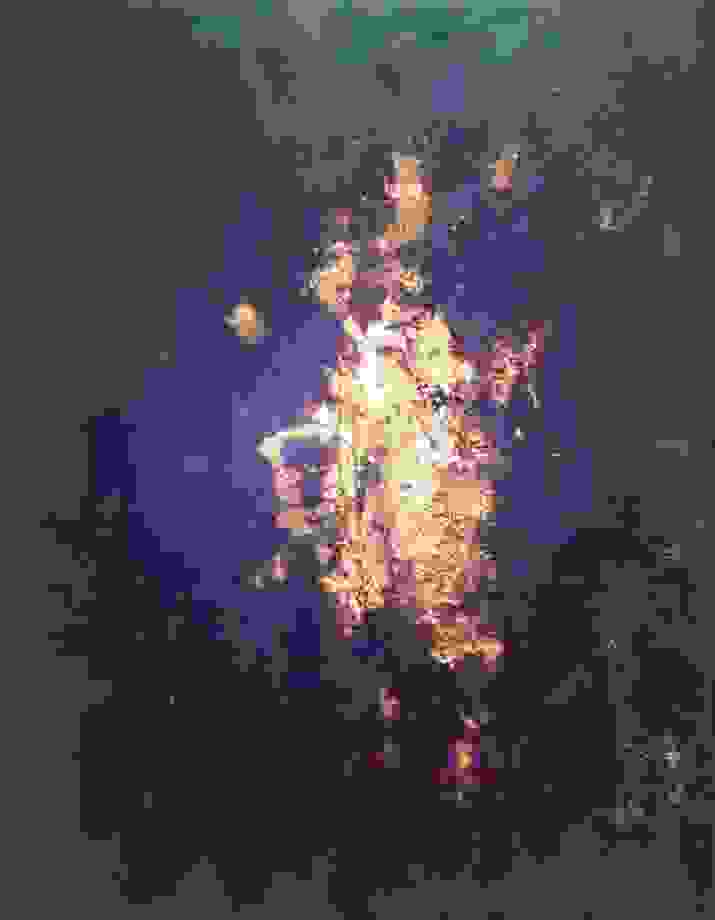 A mad dance, or a soldier on his steed? Is it a human’s body with two heads, each looking in a different direction?

Maybe it is just a man and a woman dancing madly and intimately.

Update: few days ago, in November 2020, I realised  what this painting is about: Fusional Love The Statue Of The Unnamed Lady At the Port

This is my latest painting, first of my upcoming collection of the biggest non nuclear explosion in the world. Which occured in my beloved city, Beirut. It is a photograph of the statue, on canvas, and I included broken glass which i picked up after the explosion and I added red paint.